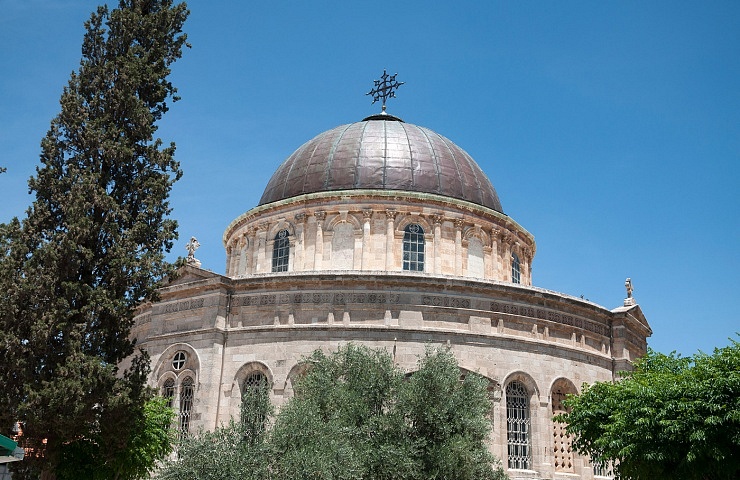 This article discusses how the Greek Patriarch Germanus turned the Orthodox church in Jerusalem Greek from head to toe. How the Greek Patriarch purged the local Christian community of its Arab clergy and sold land for its Greek clerics. It also details Coptic Orthodox Church’s ownership of endowments and monasteries in Jerusalem. While these actions may not be illegal, they are certainly unsavory.

For the past 500 years, the Greek Patriarchate has protected the Greek interest in Jerusalem while paying no attention to the needs of Palestinian Christians. In fact, the affairs of Palestinian Christians are handled by a foreign body that has no knowledge of the nature of the country and people. The situation is especially unjust since Orthodox Palestinians tried to change this in the past, by organizing conferences and protests against the Ottoman security forces.

Initially, the Patriarchate was composed entirely of Arabs, with Arabic as the official language. However, after Germanus became Patriarch, he turned the church in Jerusalem Greek. He took away the Arab clergy from influential positions and replaced them with Greek clerics. The Greek clergy also populated the fraternity of the Holy Sepulchre, which was filled with Greeks. The Greek Patriarch made sure this was permanent before his death.

According to activists, the ruling Greek Patriarch Germanus has been removing Arab clerics from prominent positions and replacing them with the Greek ones. In the Orthodox church of Jerusalem, this process has been ongoing since the 1543 Greek takeover. However, the Greek patriarchate has refused to listen to the protests, so the voices of dissent have only gotten louder.

Despite this history, the independence of the church has suffered tremendously. In February 1922, the government confiscated valuable objects from churches. The patriarch would have agreed to the measure if he had the means to check and verify the findings. However, the Soviet government claimed that confiscated church property would help the starving population of the Volga. The persecution of the Orthodox church by Stalin in the 1920s and 1930s led to thousands of deaths and the suppression of the entire church.

The ruling Greek monks in Jerusalem and Bethlehem are accused of selling church lands to Israel and discriminating against the Arab Christians in the region. On Dec. 27, the Arab Central Orthodox Council for Palestine and Jordan launched a campaign against the patriarch. Protesters in Bethlehem held sit-ins and displayed banners reading “Theophilos is unworthy” on social networking sites.

Coptic Orthodox Church’s ownership of endowments and monasteries in Jerusalem

The Heads of the Churches in Jerusalem condemned the occupation of the Little Petra hotel by a Jewish radical group. The ownership of the hotel has been in dispute since 2004, and the two groups are engaged in a legal battle over its ownership. In the meantime, the Heads of the Churches in Jerusalem have repeatedly warned against illegitimate acts by extremist groups. This latest round of violence in Jerusalem is not the first time Christians and Jews have clashed in the Holy Land.